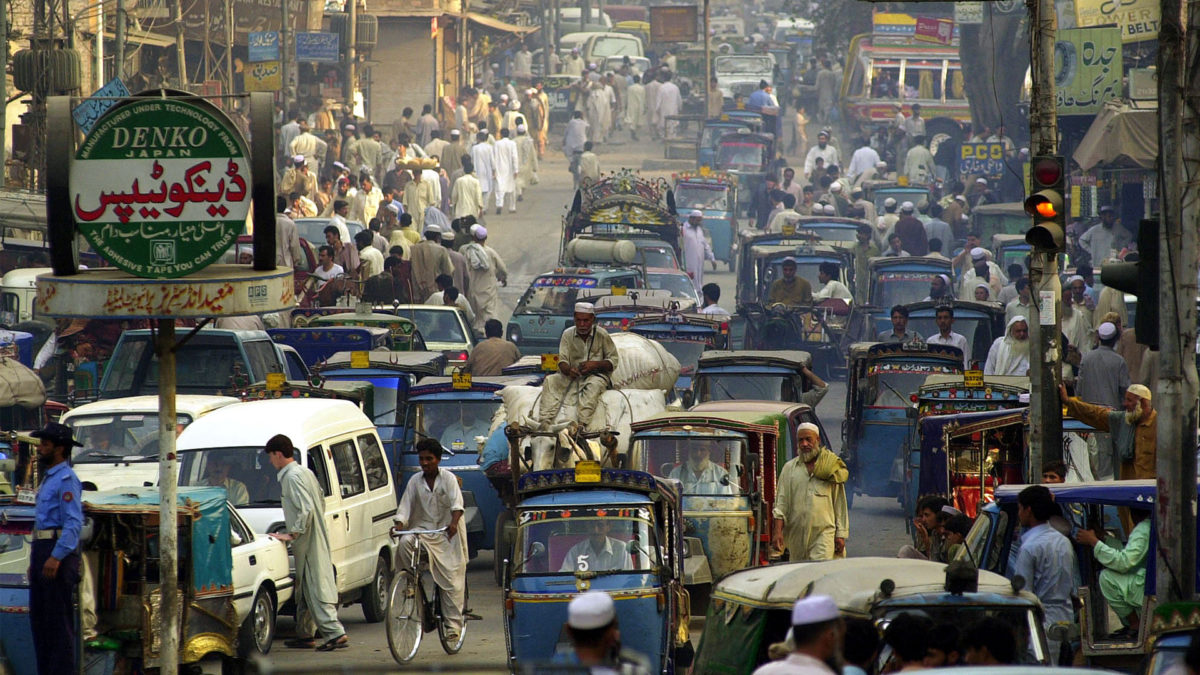 Pakistan not on Biden’s 40 country list for climate talks

LAHORE, Pakistan – Pakistan – the fifth most populous country and one of the 10 most affected by extreme weather events – was unable to carve out a place among the 40 countries invited by the Joseph R. Biden to discuss climate change.

President Biden’s first climate summit, to be held virtually April 22-23, will attempt to “galvanize the efforts of major economies to deal with the crisis.” In recent years, scientists have stressed the need to limit global warming to 1.5 degrees Celsius to avoid the worst impacts of climate change. A key objective of the summit will be to catalyze efforts that keep the objective within reach.

“This will be a key step on the way to the United Nations Climate Change Conference [COP26] in november in Glasgow [in the U.K.]”said a statement released by the White House. The summit brings together countries that are responsible for” 80% of global emissions and global gross domestic product “and” demonstrate strong climate leadership, are particularly vulnerable to the impacts climate change or forge innovative paths towards a net zero economy â€.

From South Asia, India, Bangladesh and Bhutan are invited.

Some analysts believe Washington’s difficult relationship with Islamabad vis-Ã -vis Afghanistan could be the reason the country was unable to make the list.

“Pakistani officials claim that there were several very specific criteria for participation and that Pakistan did not meet any of them,” said Michael Kugelman, deputy director of the Asia program and senior associate for South Asia at the Wilson Center, at Zenger News. .

“That may be true, but it’s hard to believe that one of the most populous and climate-vulnerable countries in the world wouldn’t meet any criteria for a climate risk-focused summit,” Kugelman said. .

He thinks it’s more of a framing issue, as the United States largely sees Pakistan from a perspective focused on Washington’s interests in Afghanistan.

Echoing Kugelman’s views, Maria Amjad, a Pakistan affairs expert based at the University of Genoa, Italy, told Zenger News the United States was frustrated with the Afghan Taliban and the non-cessation violence in Afghanistan as they sought a withdrawal.

“The United States has called on Pakistan to put pressure on the Afghan Taliban leadership to divert its policies away from links with al-Qaida and the use of violence in the country,” Amjad said. â€œHe thinks Pakistan is not offering 100% cooperation on the issue. “

Maria believes that the Pakistan Supreme Court’s release of the alleged murderer of Daniel Pearl could be another reason for the snub.

â€œThe United States was outraged by this episode and, accordingly, called on Pakistan to reconsider the tribunal’s decision. Pakistan rejected the request, saying it had guaranteed justice for the murderers of the American journalist, â€she said.

Pearl, an American journalist from The Wall Street Journal, was kidnapped and murdered in Pakistan in 2002. For nearly two decades, the United States vigorously pursued the case in Pakistani courts.

“The [Pakistani] the court’s ruling is an affront to victims of terrorism everywhere, including Pakistan, â€US Secretary of State Antony Blinken said in a statement after the acquittal.

“We are also ready to sue Sheikh [the alleged mastermind of Pearlâ€™s murder] in the United States for his horrific crimes against an American citizen.

What makes even more certain that the US attempt to sideline Pakistan was intentional and had more to do than Islamabad simply by failing to meet the technical criteria is the visit of the US climate envoy. John Kerry in India and Bangladesh April 1-9.

Kerry’s visit to South Asia had nothing on the agenda for Pakistan, even though the country is highly vulnerable to climate-related impacts.

Arguably, Pakistan’s exclusion from the summit isn’t the only time the Biden administration may have tried to shake Pakistan’s back.

â€œBiden has yet to establish direct contact with Pakistani Prime Minister Imran Khan, despite Khan’s request. On the other hand, he has established such contacts with the Afghan President and the Indian Prime Minister, â€said Maria.

Maria said it was shocking that “although he called Pakistan a key partner in the Afghan peace process, US Secretary of Defense Lloyd Austin did not visit Pakistan during his recent visit to India. and in Afghanistan “.

Pakistan may not have granted America’s wishes on Afghanistan, but it cannot be ignored that the country has facilitated the Afghan peace process for years.

“Austin’s preference to speak with Pakistani leaders regarding the Afghan peace process rather than a phone call from Kabul was anything but constructive,” Maria said.

In his phone call with the Pakistani Army chief, Austin reiterated “Washington’s commitment to maintain strong bilateral defense relations with Pakistan and expressed gratitude for Islamabad’s continued support for the peace process. afghan, “according to a press release from the US Department of Defense.

Others said the only contacts Biden’s team has been able to establish with Pakistan so far are direct with the country’s military leadership.

This, to some extent, reinforces the existing view in Islamabad that Washington is still not interested in supporting the country’s civilian forces or helping it on other pressing softer issues like climate change.

“Climate change policy is unlikely to be discussed with the Pakistani military chief as it is not part of regular hard security,” Asfandyar Mir, postdoctoral researcher at the Stanford University Center for International, told Zenger News Security and Cooperation. â€œTherefore, that did not happen.

“The Pakistani government must assert itself in setting the foreign policy agenda and the mode of engagement with key US interlocutors if it wants Washington to see it beyond Afghanistan,” Mir said.

For Pakistani policymakers, the attitude of the Biden administration has come as nothing less than a surprise as Islamabad believes it has done enough to make Washington happy with its recent years of cooperation in Afghanistan.

â€œPakistanis will naturally see this as a snub. But I think it’s best viewed as another example of a long-standing disconnect between the United States and Pakistan. Islamabad wants Washington to look at it from a broader perspective, â€Kugelman said.

On April 2, the Pakistani Prime Minister took Twitter to register his annoyance by saying â€œperplexed by the cacophonyâ€ about his country not invited to the climate summit.

“My government’s environmental policies are driven solely by a commitment to our future generations of a clean and green Pakistan and to mitigate the impact of climate change,” said Khan.

Citing his government’s initiatives as a guide for the international community, he said: â€œWe have gained extensive experience in mitigating the impact of climate change over seven years, starting with Khyber Pakhtunkhwa, and our policies are recognized. and greeted. We are ready to help any state that wishes to learn from our experience. “

Khan says the policies involve planting 10 billion trees and initiatives such as Clean and Green Pakistan.

Indirectly criticizing the Biden summit, he said: “I have already set the priorities for COP26 if the international community is serious about tackling the impact of climate change.”

Pakistani Foreign Ministry spokesman Zahid Hafeez Chaudhri also issued a statement: â€œPakistan, although it is among the top ten countries affected by climate change, is one of the lowest emitters – with less than one percent of global emissions.

“The optimism stemmed from the fact that President Biden knew Pakistan well, and his knowledge of the country could help pave the way for a better understanding between the countries,” said Maria.

Kugelamn said Pakistanis should not see this as the Biden administration’s first and only word on climate change cooperation.

â€œThere will be opportunities for the United States and Pakistan to cooperate on climate change mitigation. Especially after the new administration has developed a policy on Pakistan and there is more high level exchanges between the two sides. “