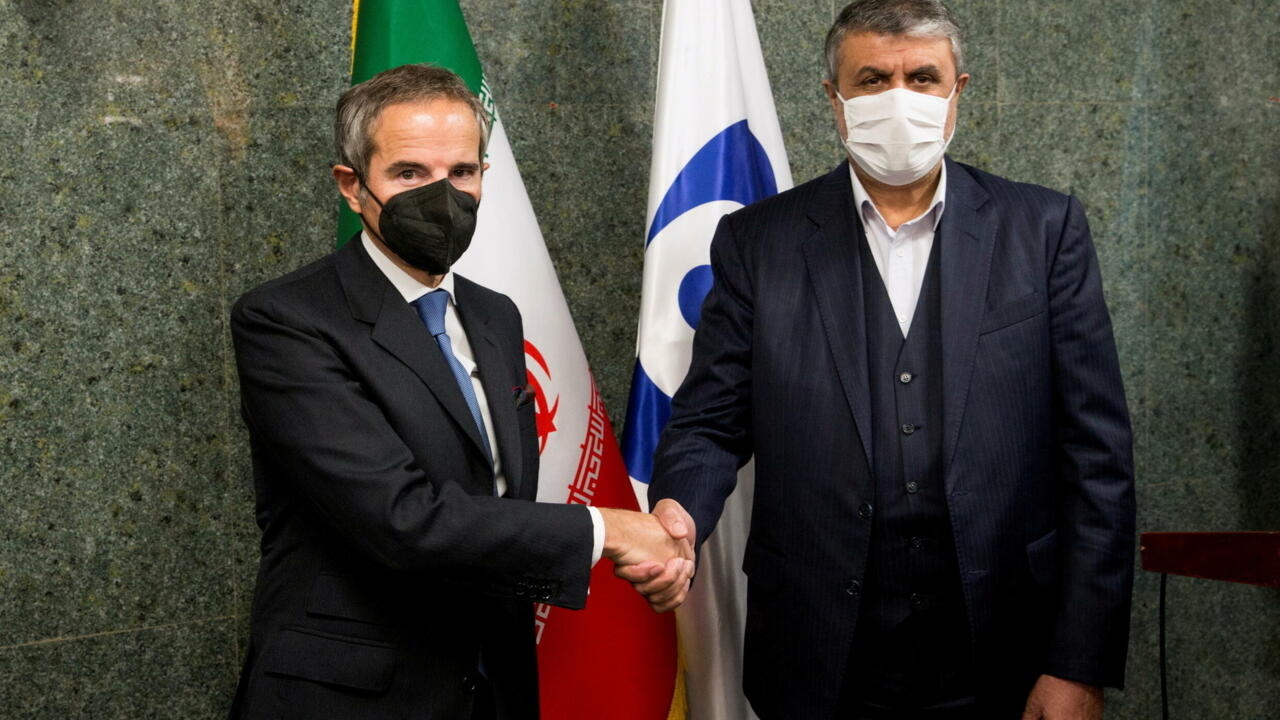 The UN nuclear watchdog said on Wednesday there had been “no progress” in talks with Tehran over disputes over monitoring Iran’s atomic program, just days before the resumption talks on relaunching the 2015 Iran nuclear deal.

Rafael Grossi, director general of the International Atomic Energy Agency (IAEA), told a quarterly meeting of the agency’s board that the talks he held in Tehran on Tuesday were not “inconclusive” although they are “constructive”.

Grossi had sought to tackle constraints on IAEA inspections earlier this year, outstanding questions regarding the presence of undeclared nuclear material at sites in Iran and the treatment of IAEA personnel in the country. .

“Basically (…) we have not been able to progress,” Grossi told reporters, saying the lack of agreement had occurred “despite my best efforts”.

Behrouz Kamalvandi, spokesman for the Atomic Energy Organization of Iran, told Iranian television that his team “tried until the last moment” but there is still work to be done.

Among other officials in Tehran, Grossi met with Foreign Minister Hossein Amir-Abdollahian.

Amir-Abdollahian gave a positive gloss to the talks, telling the official Irna news agency on Wednesday that a “joint statement” had been reached which would be released “as soon as possible”.

Grossi’s visit preceded the scheduled resumption of negotiations between Tehran and world powers on Monday to revive the 2015 deal that granted Iran sanctions relief in exchange for restrictions on its nuclear program.

The United States said it was “disappointed” by the result of Grossi’s visit and said it was ready to negotiate in Vienna.

“But of course Iran’s failure to cooperate is a bad sign of its seriousness in successfully concluding our negotiations,” a State Department spokesman said.

The other members of the agreement – France, Germany, the United Kingdom, China, Russia and Iran – will participate indirectly in the United States.

The deal has gradually disintegrated since former US President Donald Trump unilaterally withdrew from the deal in 2018.

The following year, Iran retaliated by starting to walk away from its commitments under the deal, also known as the JCPOA.

US negotiator for the JCPOA talks, Rob Malley, has warned that Washington will “stand idly by” if Iran delays progress in the talks.

“If (Iran) continues to do what it appears to be doing now, which is dragging its feet at the nuclear diplomatic table and picking up its pace on its nuclear program … we will have to react accordingly. “Malley told US broadcaster NPR.

At the IAEA Board of Governors meeting, the EU issued a joint statement saying it was “deeply concerned about the inconclusive outcome of the talks” with Grossi.

The Russian representative said he supported “Grossi’s intention to continue working with the Iranian side and called on Tehran to do the same.”

One of the stages of the deal came earlier this year when Iran began restricting some IAEA inspection activities.

Iran and the agency currently have a temporary agreement that gives the IAEA access to monitoring equipment at Iranian nuclear facilities.

However, the agency warned that the deal is not a lasting solution and Grossi said it was “close to (…) the point where I would not be able to ensure continuity of knowledge” of the Iran’s nuclear program if it continued.

Grossi also said he had expressed his concerns to Tehran about the security checks of IAEA inspectors, which the agency described as “excessively invasive.”

He noted that the IAEA and Iran had a legal agreement “which aims to protect inspectors from intimidation, from the seizure of their property.”

“Our Iranian colleagues have put in place a number of measures which are simply incompatible” with this, he said.