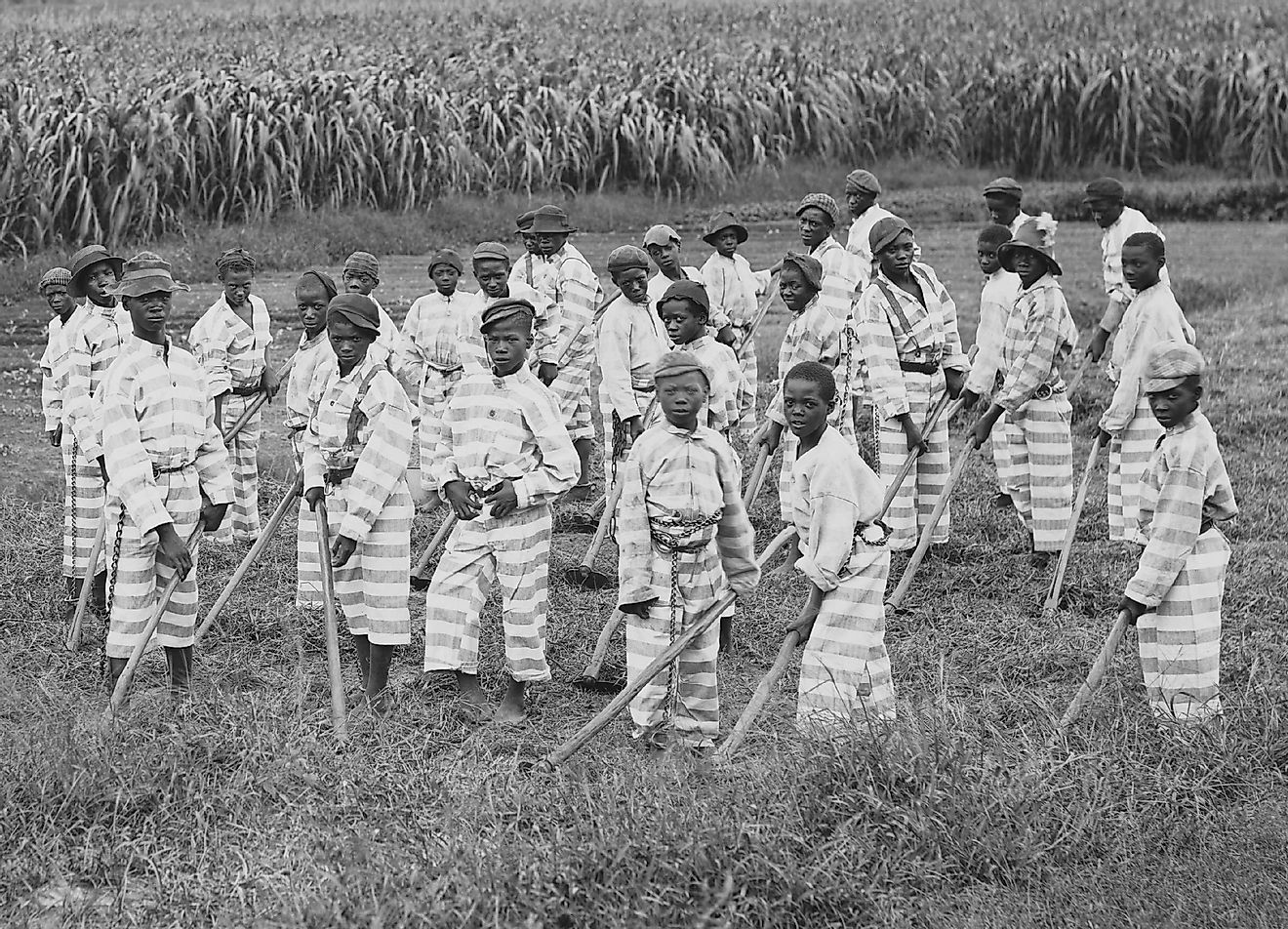 The black codes were a series of restrictive laws imposed on African Americans. They were designed to restrict their rights and freedoms and to limit their economic opportunities. The Jim Crow Laws were a series of state and local laws that also sought to deprive African Americans of their basic rights and economic opportunities while enforcing a system of strict racial segregation. Black codes and Jim Crow laws were both entrenched in the aftermath of the Civil War and the abolition of slavery. The Black Codes were abolished during the period of American history known as Reconstruction, but they were quickly followed by the Jim Crow Laws, which will endure, especially in the southern United States, for most of the time. from 20e century.

When the American Civil War ended in 1865, the period of reconstruction began in which the states that had been part of the secessionist Confederate States of America were reinstated into the Union. As part of this reintegration, the states readmitted to the Union were obliged to abolish the institution of slavery. The 13the An amendment to the United States Constitution was passed, abolishing slavery in the United States. The end of slavery meant freedom for an estimated 4 million African Americans in the southern United States. President Abraham Lincoln had hoped to improve the lives of these former slaves. In the last speech he gave, he even suggested that African Americans who fought alongside the Union during the Civil War should have the right to vote. But a few days later he was murdered.

Lincoln was replaced by Andrew Johnson. Johnson was a southerner who remained loyal to the Union during the Civil War. However, he was adamant about protecting the rights of states, which is why he objected to granting African-Americans in the South even limited suffrage, as it involved encroaching on state jurisdiction. . Another important element at the start of Reconstruction was the fact that although the southern states of the United States were obligated to maintain the abolition of slavery, they had no obligation to give African Americans any freedoms. additional. Therefore, the southern states of the United States were free to pass laws restricting freedom and economic opportunity for newly liberated African Americans. Thus began the introduction of black codes.

Black codes were introduced to ensure that the white supremacy created by the institution of slavery remains. They were also introduced to ensure a constant supply of cheap labor. For example, among the black codes were vagrancy laws, which stipulated that an African-American could be declared a vagrant if that person was unemployed and did not have a permanent residence. If a person was declared vagrant, he was forced to pay a fine. Those who could not afford to pay the fine were forced to work a period.

The prevalence of black codes in the southern United States has caused an uproar in the northern states. This outcry was amplified by anti-black riots in Memphis, Tennessee and New Orleans, Louisiana in 1866. That same year, Republicans in Congress, who supported greater equality for African Americans, introduced a civil rights bill. The aforementioned President Johnson vetoed it, but radical Republicans, with the backing of more moderate Republicans, were successful in having Congress overturn the presidential veto for the first time in American history. After passing the Civil Rights Act, Republicans introduced and approved the 14e and 15e Constitutional amendments that prevented states from “reducing equality before the law” and even allowed southern states to reduce representation in Congress if they attempted to prevent the suffrage of African Americans. In 1867, the Reconstruction Act was passed which, among other things, enabled the US military to protect African Americans and their property. Eventually the Black Codes were repealed, but when the rebuilding ended in 1877, many of them came back in the form of the Jim Crow Laws.

The Jim Crow Laws, named after a black minstrel show routine, were meant to marginalize African Americans in much the same way as black codes. In addition, they enforced a firm system of segregation between people of color and white Americans. Everything from public transportation to city parks was separate. African Americans were not allowed to live in white neighborhoods. In fact, in some cases entire cities have tried to keep African Americans out, posting signs saying they are not welcome.

At first, Jim Crow laws were largely confined to rural areas of the United States. Thus, many African Americans moved to more urban areas, where they would not be subject to such laws. However, as more African Americans moved to urban centers, white residents began to demand that Jim Crow laws be enforced in cities. Eventually the Jim Crow laws spread across the country. In 1896, these laws gained a new level of legitimacy when the United States Supreme Court ruled that facilities of racial segregation were not unconstitutional as long as they were equal. It was this “separate but equal” principle that allowed the Jim Crow laws to last until the middle of the 20th century.e century.

The first blow to the Jim Crow laws came in 1954, when the Supreme Court heard the famous Brown case against the Board of Education. The court ruled that segregation in education was unconstitutional. The civil rights movement, led by people like Martin Luther King Jr., and inspired by the actions of African Americans like Rosa Parks, grew stronger in the 1950s and 1960s. In 1964, the Civil Rights Act was passed. passed, legally ending the segregation and marginalization that the Jim Crow laws inflicted on African Americans. But although the Jim Crow laws have all but been relegated to history, the struggle for the civil rights of African Americans continues and is a central theme of American politics to this day.