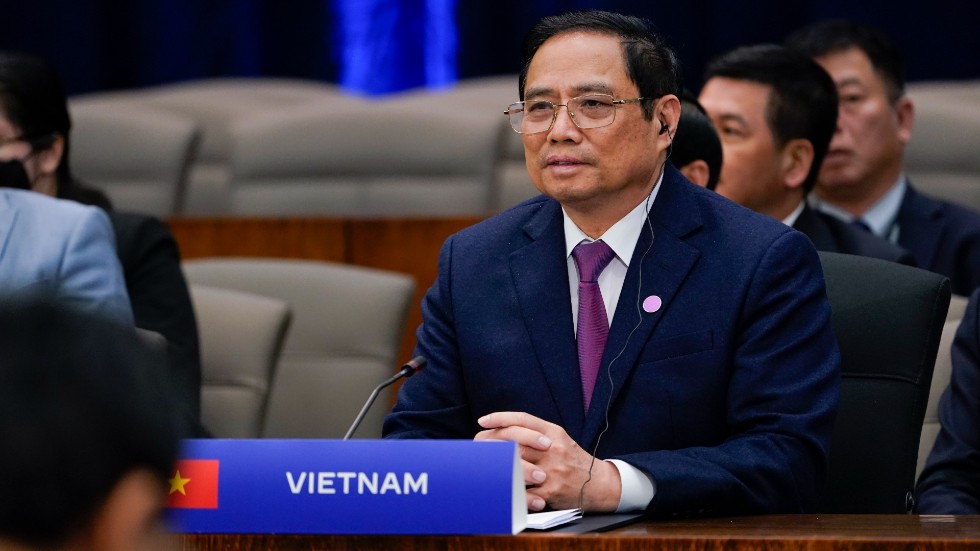 Biden must promote democracy among Asian nations – including Vietnam

We welcome the special U.S.-ASEAN summit held recently in Washington and believe it is an achievement of the Biden administration that could usher in a “new era” in relations between our country and the 10-member Association of Southeast Asian Nations (ASEAN), as part of the US Indo-Pacific strategy to counter Chinese aggression in the region.

The summit agenda included a range of topics such as climate action, sustainable development, inclusive prosperity, maritime cooperation, health and education. However, he omitted democracy. In a side meeting between Secretary of State Antony Blinken and Vietnamese Prime Minister Pham Minh Chinh, the former assured the latter that the two countries are strong partners with “a shared vision for security in the region” and “for the strongest possible economic ties”. Additionally, “the United States strongly supports a strong, independent, and prosperous Vietnam,” Blinken said.

We find Blinken’s remarks disconcerting. Even though the Communist Party of Vietnam (VCP) has far surpassed the Communist Party of China (CCP) in terms of political reform, it is still essentially a one-party communist dictatorship. No matter how strong, independent and prosperous an undemocratic Vietnam is, it would be insincere in maintaining peace and could betray the United States and other ASEAN states. Vietnam’s quarrels with its former ally China are territorial, not ideological. We can foresee a future where Beijing welcomes Hanoi’s territorial claims, even in the South China Sea. In this case, Vietnam could switch sides as soon as its territorial disputes are resolved, making the regime an unreliable US partner.

Given its often unfortunate experiences with Vietnam and China, the United States has a plethora of historical lessons to learn from. To counter the global expansion of the Soviet Union, for example, President Richard Nixon opened the door to China in hopes of ending the Vietnam War and resisting Soviet expansion. The United States altered China’s economic trajectory in the hope that prosperity would produce a middle class that would demand political change. Unfortunately, and disastrously for American strategic interests, this turned out to be wishful thinking. Washington ended up creating a formidable adversary that became the greatest threat to US national security, US allies, and the existing world order.

Certainly, there are centripetal forces in the Sino-Vietnamese relationship that include the legacy of the 1979 war, the border clashes through much of the 1980s, the 1988 clash in the South China Sea, other territorial disputes and Chinese support for the Khmer Rouge after Vietnam. invasion of Cambodia/Kampuchea. But there is also an ideological affinity between them. Like China, Vietnam is a one-party state. In fact, the CCP trained many top VCP leaders, instigated and supported the VCP’s invasion of South Vietnam.

The PCV is as brutal, ruthless and inhumane as the CCP. It has a history of persecution and repression of its people, continuing to deny them political and civil rights. Today, the VCP regime is reported to have imprisoned hundreds of political activists and prisoners, many of whom received unfair trials and harsh sentences. Human Rights Watch has confirmed that the Vietnamese government systematically restricts the freedom of movement rights of political and human rights activists.

In this time of geopolitical flux caused by the rise of China and its efforts to shape the international order towards totalitarian beliefs, values ​​and ideology matter a lot. These are essential elements of the West’s fight against China and will help determine whether the United States maintains its global leadership or cedes it to China’s totalitarian vision of global policy.

If the United States is to build a lasting partnership for peace with the countries of Southeast Asia, shared values ​​and respect for human rights are fundamental. For the US-ASEAN partnership to respond effectively to the Chinese threat, the trajectories of all partners must converge. This challenge is less a cultural challenge than a conflict of values ​​and ideology.

Unfortunately, in Vietnam, a few ruling elites reject constitutional democracy and universal values ​​to retain their power. One consequence is that it is difficult for the United States to promote security and economic development there without promoting freedom, democracy, human dignity and the universal values ​​enshrined in the Charter of the United Nations and the Universal Declaration of human rights. If the United States focuses only on building a strong, independent and prosperous Vietnam, it risks creating another China. And if that were to happen, Vietnam would be a major regional force that would be hostile to US and ASEAN interests. A communist Vietnam that does not respect human rights and human dignity, and does not want to share power with its people, is a danger to the stability of the region – and to America’s ability to forge a strong and united network of states capable of supporting Washington against Beijing.

As the United States is tested in the Sino-American security competition, it needs allies with a shared vision. It needs a strong partnership that can be sustained in the face of China’s aggression. To deal with the dangers posed by Beijing, the US-ASEAN partnership must be based on similar values.

It is therefore essential that the United States realize that communist values ​​and ideology are the definition of the VCP. This makes Vietnam a potentially unreliable partner for the United States and its Democratic allies in the Indo-Pacific. The United States must promote democracy in Vietnam – and strengthen democracy in other ASEAN countries – to create the strongest possible coalition to resist China’s expansion and avoid the strategic mistakes of the past.

Lianchao Han is vice president of Citizen Power Initiatives for China. After the Tiananmen Square Massacre in 1989, he was one of the founders of the Independent Federation of Chinese Students and Scholars. He worked in the US Senate for 12 years, serving as legislative counsel and policy director for three senators.

Bradley A. Thayer is the co-author of “How China sees the world: Han-centrism and the balance of power in international politics.”