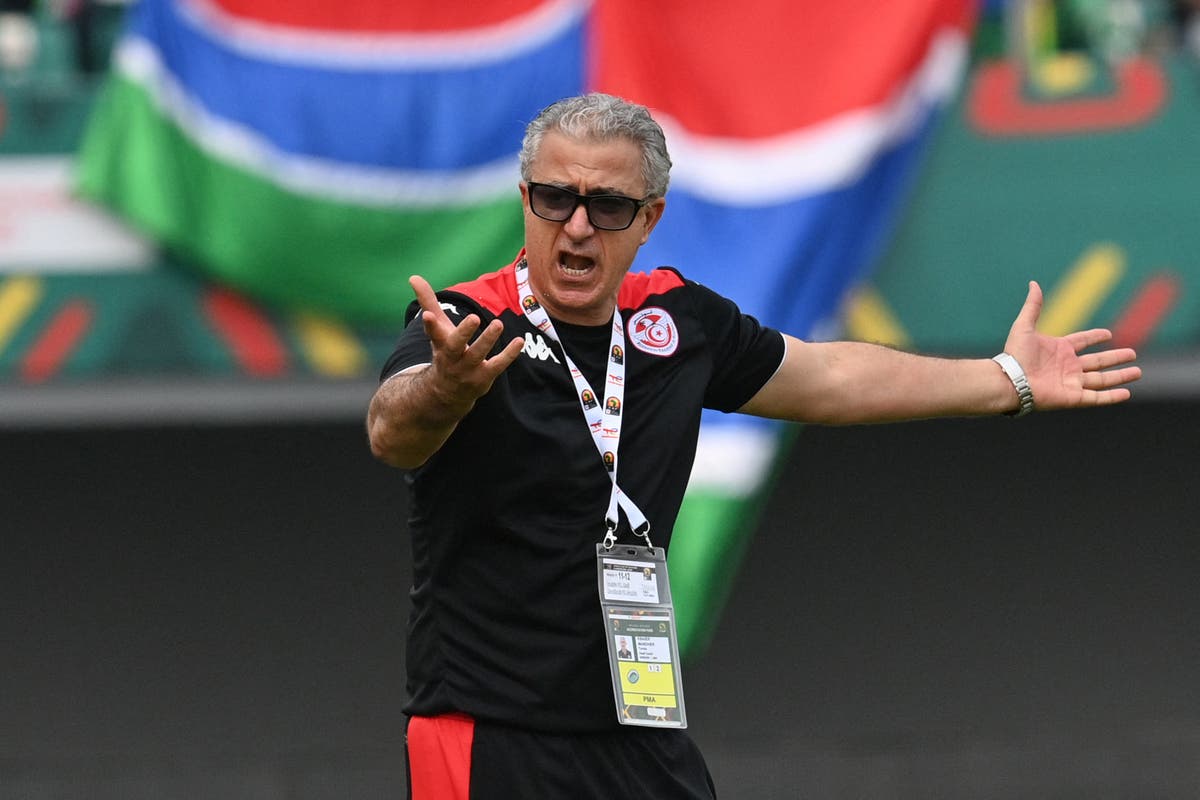 The Africa Cup of Nations match between Mali and Tunisia descended into chaos and ended in confusion after the referee whistled twice before the full 90 minutes were played.

In a bizarre series of events, referee Janny Sikazwe blew full time in the 85th minute, with Mali leading 1-0 and Tunisia seeking the late equaliser. Play then resumed, only for the Zambian official to signal full time again, 20 seconds before the 90 minute mark.

There was then more confusion as Mali returned to the pitch nearly 30 minutes after Sikazwe’s second full-time whistle, seemingly in anticipation of the game restarting.

However, Tunisia refused to return to the pitch and Mali were declared 1-0 winners in the Group F game.

Tunisia were furious as they expected there would be a lot of extra time. The match had been stopped several times, including for drink breaks and VAR reviews.

“There must have been seven or eight minutes of added time,” said Tunisia coach Mondher Kebaier. “His [the referee’s] decision is inexplicable.

Explaining Tunisia’s decision not to go out and play the rest of the match, Kebaier said his players were not ready to start again.

“The players took ice baths for 35 minutes before being called up again,” he said.

“I’ve been a coach for a long time, I’ve never seen anything like it. The fourth referee was about to lift the board, then the whistle blew.

Mali led 1-0 thanks to Ibrahima Koné’s penalty in the 48th minute. They were reduced to 10 men after El Bilal Touré was sent off in the 87th minute, between Sikazwe’s two full-time whistles.

Mali coach Mohamed Magassouba had his first post-match press conference interrupted after being told his team had to return to the pitch.

“I told the players that we could only control what was on the pitch. Off the pitch, it’s up to the administrators to decide,” he later said.

“When we were told to go back and play, the players were more than willing. Unfortunately, our opponents didn’t want to come out.